Kristín Svava Tómasdóttir is a poet and a historian – and now also a smuggler. She just published her book The Pornographic Moment: Pornography in Iceland During the Sexual Revolution. Before that she‘s published three volumes of poetry and the latest, Stormwarning, was published in English earlier this year by Phoneme Media, translated by K.B. Thors.

Who directs the biopic, who writes the script and who plays the lead?

One of my favourite poets, Eva Rún Snorradóttir, writes the screenplay – this will be a dark comedy with an angst-ridden undercurrent. Benedikt Erlingsson directs and Eggert Þorleifsson plays the lead.

How does historical studies and poetry go together?

Very well, thank you. I think poetry goes well with everything.

A question from last week’s smuggler (Lóa Hjálmtýsdóttir): Which idea feels more comforting to you: that life is random or if it’s already pre-ordained?

In general, I don’t find it very comfortable to think about Life.

I really enjoy poetry reading trips abroad. I went to a great one to Finland a few years ago with my fellow poetesses, Þórdís Gísladóttir and Ingunn Snædal. We flew to Helsinki but stayed the whole time in Jyväskylä in Central Finland. This was by the end of November and everything was very grey and chilly, it felt like a proper social realist film. We stayed in a big wooden house owned by the author’s society of Central Finland, which had a rather nice mouldy smell and some mice, but when we weren’t reading poetry in the pub we drew around the countryside in a tiny little car. We had a look at the Jyväskylä ski-jumping ramp and our hosts told us sad tales of the ski jumping hero Matti Nykänen, who was drinking himself into oblivion somewhere nearby.

What piece of art would you like to smuggle into every home?

Rock in Reykjavík. That energy needs to be spread far and wide.

Is there a foreign book that you’ve read that really needs to be translated into Icelandic?

The first books that come to mind are those I can’t read in the original – I really want to read something by Sara Stridsberg in Icelandic, preferably her book about Valerie Solanas, Drömfakulteten. Then I think somebody should hire my friend Erla E. Völudóttir to translate a whole book by another Swedish writer, Aase Berg, who was a guest at the most recent version of the Reykjavík Literature Festival. Then Erla translated a few of her poems very, very well and I want more.

You‘re hired as a program director at a cinema for a week – with an unlimited budget – what would you show us?

I would first negotiate to rather have weekly screenings over a whole winter. Then I would pay the Avengers a bunch of money to revive the Avengers nights that were held at Húrra! and always gave me such unbridled joy in the darkness of winter. 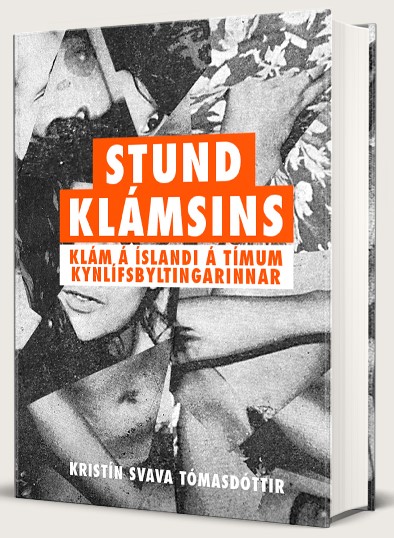 The 21st century most interesting poet?

A big question. In an Icelandic context I guess I’m most excited to see where Elías Knörr will take us next.

What teacher made a difference?

Many did. For example I had great history teachers all through the school system which probably had a lot to do with me studying history in university.

Where is the dream?

I search under every rock – prick up my ears, sneak around.

A future historian writes about our current decade – what should the name of the book be?

Social Media and Sour Rain. Would also work as a YA novel.

A photographer takes a portrait of you – what would be the perfect background?

Candyland in the Skeifan shopping area, around midnight on Friday.

It’s a bit weird to describe people as “undiscovered” – but the works of poet Soffía Lára will hopefully soon reach a wider audience.

The most important person you’ve gotten drunk with?

I’ve seldom gotten drunk with unimportant people – but I thought it was rather amazing to drink red wine with Norwegian novelist Jostein Gaarder when I met him in an artist residency last year. At least my twelve-year old self would have thought that was pretty amazing when I was reading Sophie’s World again and again.

The difference between pornography and erotica?

What did you do with the money the lady from Hamburg gave you?

Paid for a week-long stay at a fancy hotel in the countryside where I would read books while sunbathing for a whole week.

A film you want to write a poem about?

Lust (Ágirnd) from 1952, which I wrote briefly about in The Pornographic Moment. It was the first Icelandic film directed by a woman, by Svala Hannesdóttir. It’s a short, silent film, very primitive, that takes on exciting topics such as murder, robbery and gambling.

What record should we listen to while we read this?

The best album in the universe, the concert album that Vinicius de Moraes, Toquinho and Maria Creuza recorded in Buenos Aires in 1970. It’s ridiculous that you can fit so much beauty into a single album.

The last TV Series you binged? 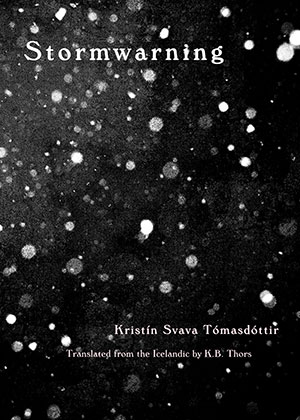 Most memorable poetry reading you have been a part of?

Definitely at the Vogar art festival a few years back, where the editor of Culture Smuggling was also among the readers. We read in the school and the kindergarten, at the gas station and the sports hall. There weren’t many adult listeners but a lot of kids, who didn’t always quite connect with the poetry. After this I wrote some poetry especially meant to be read in kindergartens that mostly focus on poo and piss, to be ready if this would happen again. Few things are more fun then to read about poo and piss for kids, that I can confirm. Now it’s been translated into English and I heard about some cool kids in Sacramento who were reading it for each other. 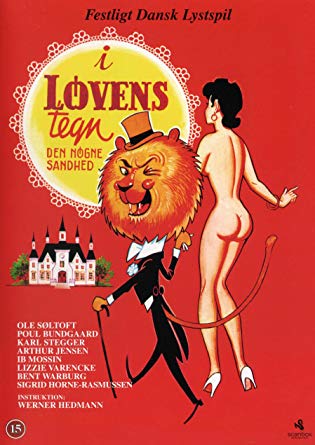 Where do you prefer listening to music?

Are you worried the book will be charged for pornography?

No, I think that’s rather unlikely.

Anything you want to ask the next smuggler?

What is the difference between pornography and erotica?

What history book would you smuggle into every home?