The fourth edition of the Stockfish Film Festival in Reykjavík didn’t get off to the best of starts. The opening film, An Ordinary Man, featuring Ben Kingsley and local actress Hera Hilmars, was a huge disappointment, simply because director Brad Silberling doesn’t seem to have any real understanding of the Balkan Wars, which are key to the plot. But things soon got a lot better.

Stockfish showcases many of the best films from the festival circuit, such as the Best Foreign-language Film Oscar winner A Fantastic Woman and fellow nominee Loveless, and slightly lesser-known films of similar quality, such as Spoor, November, Beauty and the Dogs, The Workshop and What Will People Say. The latter was directed by Iram Haq, who attended a Nordic Filmmakers Meeting Point panel with Swedish-Danish directors Isabella Eklöf and Frida Barkfors, Finnish filmmaker Zaida Bergroth, and Icelandic directors Ísold Uggadóttir and Dögg Mósesdóttir, yet sadly the other directors didn’t have a film at the festival, despite most of them having premiered well-received work recently. 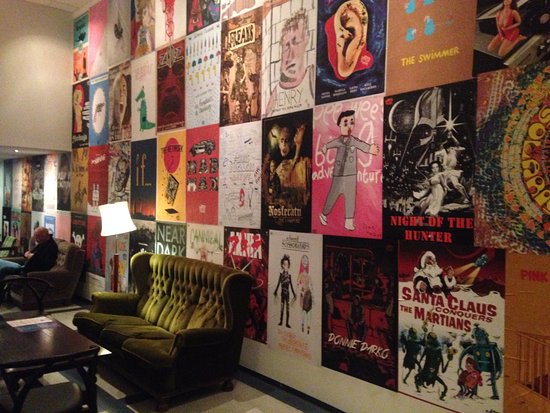 The festival also features a short-film competition called Shortfish, showcasing six works by Icelandic directors and producers. The prize went to Brúsi Ólason’s film Viktoría, about a single lady in her sixties, struggling to keep the family’s dairy farm afloat. The lonely, eccentric farmer is a staple of Icelandic films, although this one was unusual in having a female protagonist.

It was an even competition, with five of the six films of similar quality and many of them proudly wearing their influences on their sleeves. Behind Closed Curtains channels Scandinavian teen dramas such as the TV show Skam and films like Show Me Love, the documentary short I’ll See You Soon had echoes of the award-winning Icelandic documentary Salóme (both deal with older female relatives in a very personal way), the Austin-set Open is a comedy in the mumblecore tradition, and The Day the Beans Ran Out is best described as the zombie movie Wes Anderson never got around to making. Many of the films are student efforts, which may explain why they are set in places as diverse as America and Norway, as well as in Iceland.

Finally, the festival showcased seven works in progress, most of which seemed quite promising. Icelandic features have been light on politics recently, but with both Ísold Uggadóttir’s And Breathe Normally and the upcoming Woman at War, Benedikt Erlingsson’s darkly comedic follow-up to Of Horses and Men, that seems to be changing. The newcomers also showed promise, in particular actor Magnús Jónsson, whose directorial debut, Take 5, is about a director who kidnaps a number of actors to shoot his film and could well be the best Icelandic comedy to surface for many a moon if the scene he screened is anything to go by.

This article originally appeared in Cineuropa on March 15th 2018.